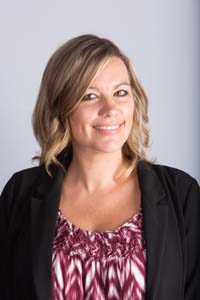 Lorien joined the Willick Law Group in May of 2015, after moving from Elko, Nevada, where her practice centered on family, child advocacy, immigration, and bankruptcy law.  During Lorien’s time in Elko, she committed many hours to pro bono services in the rural counties and served on the Board of Trustees of the Justice League of Nevada.

Prior to entering practice, Lorien served as a clerk to the Honorable Dan Papez and the Honorable Steve Dobrescu in the 7th Judicial District Court of Nevada in White Pine, Lincoln, and Eureka Counties.

Lorien is a graduate of Gonzaga University School of Law where she earned a Cali Excellence Award in Legal Research and Writing.  While at Gonzaga, Lorien worked at Winston & Cashatt, a private civil litigation firm and served an externship as an advocate for migrant workers through the Laurel Rubin Externship Advocacy Project (REAP) at the Northwest Justice Project.  Lorien is admitted to practice in the State of Nevada and the U.S. District Court, District of Nevada.